NO FEE PICTURES
22/7/18 Actor Liam Neeson, who is currently fliming in Northern Ireland, stopped by O’Hanlon Park Amateur Boxing Club, Dundalk today, much to the surprise and delight of local community members. The Club/Community Hall is open to members of the community of all ages - children from seven years of age right through to adults who have reached retirement age. Neeson is a long time friend of Hotelier John Fitzpatrick who has been involved with the boxing club since 2011 when he made a donation to the Club when he participated in The Secret Millionaire show which aired on RTE 1. Following the broadcast of the programme, John helped raise more than €425,000 through the Eithne & Paddy Fitzpatrick Memorial Fund and the Boxing Club raised over €56,000 including a grant, to enable the Club move to the new building. Pictured Liam Neeson with local boxers Courtney Quilten and Nicole McCabe 17. Picture:Arthur Carron 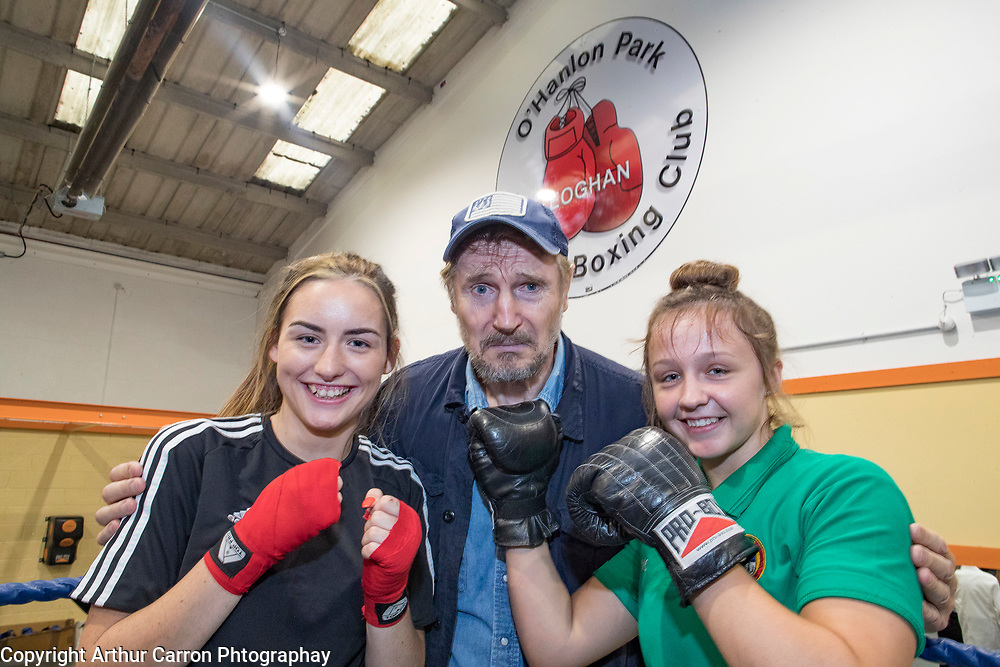